The Koyuk Checkpoint is filling up, but the first team has already left, Dallas Seavey pulling out, right when his dad Mitch pulled in. Dallas quickly stomped in his snowhook and ran back to greet his father. This might be the last time those 2 meet, until the finish line in Nome. Dallas is moving much faster. His runtime over the ice is misleading with him stopping for 2 hrs along the way. That makes his runtime a whooping 2 hrs fast than John Baker and one hour faster than Aliy and Aaron. John is commenting on his slow runs, of they do not feel right, but that his team is doing nothing wrong neither, they just are not on fire this time.

A team on fire is for sure Pete Kaiser. His dogs were baking when arriving here. That is a great come from behind success story. Pete himself looks also much more rested, with having gotten longer breaks earlier in the checkpoints. It is a super fine line to keep a team within striking range of the leader , yet keeping the speed in them to be able to come from behind. If a team is run too long too early, the speed drops and it is hard to get back. Mitch thinks in his team, the run from Takotna to Cripple was the run, which slowed him down. Yet if a musher takes too many breaks at that middle point of the race, they have a fast team, but have fallen back too far in the standings. In 2008 I ran Takotna to Cripple in 4 runs, all short 40 to 45 miles jaunts. That had me fall back in the standings into the low 20th , just to catch up along the coast to finish in 10th place. Pete Kaiser managed that fine line even better, with now already getting close to the top 5, likely to move up even higher. Mitch on the other hand is not as chipper as the others. The sleep deprivation is showing on him a lot, from being crabby with the volunteers to at times just standing there, wondering what to do. That crabbyness is by no means rude, it is just a telltale sign of a musher pushing himself to the edge. An hour nap and the world will look much brighter again.

Looking much further back in the standing, teams like Mike Santos are zipping along with 9.1 miles an hour towards Unalakleet. Dan Seavey is even moving faster in 3rd last place at over 10 miles an hour towards Galena. Galena seems like in another world right now, that far away from coastal Koyuk.

There is a group of teenagers here at the checkpoint, some have been here all night and they are cheering on their favorite mushers. They also get rated by cuteness and Dallas and Pete are both high in that ranking. It is very entertaining to see them giggle when those guys enter the room and comments are exchanged in hush hush voices. 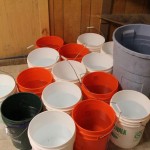 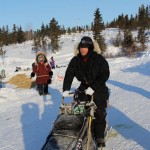 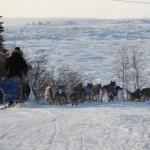 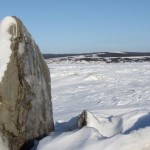 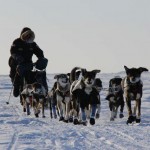 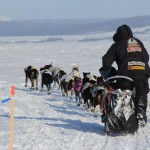 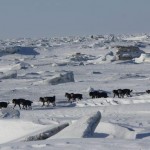 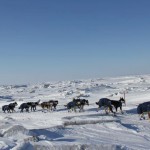 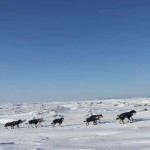 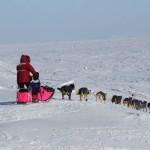 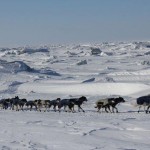