Into the coastal town of Unalakleet. Running the Yukon River from Nulato to Kaltag was a blast. Flat as a pancake, we could really make time. I now know that my machine tops out at 70 mph, Gerds does 85 mph. I want that one….

In Kaltag we caught up with the front runners and just as Aliy Zirkle left we pulled in. As before, her team looked sharp and focused. The others were resting in the afternoon sun, mushers were sleeping in the Community Centre. I took a few more sleeping mushers shots, but have been scolded for posting those, so I won’t, although I still see nothing bad with that. Passing teams out of Kaltag is very tricky, as once again the trail is narrow and deep powder on both sides. Luckily Aliy was very cooperative when we squeezed by her. I know how much I hate snowmachines on the trail when I am out there, so after passing her we really boogied to put some distance inbetween us and did not take any pictures of her. The trail leaving Kaltag can be full of big moguls, but the trail breakers did a great job of knocking them down, doing many passes with the trail groomers. Going over the hill towards Tripod flats Cabin a brisk west wind came up and the trail was visibly blown in again.

We did not stop at Tripod, just did a look with the machines, to make sure a track is in, but there were to of the Iditarod Insider guys parked there anyhow. At old Woman Cabin we met up with Dave Monson and family who are on a mushing trip from Galena to Nome. Its always fun to catch up with friends along the trail. Old woman was a busy place, with other snowmachiners there so Gerd and I pressed on to Unalakleet. Man that was a cold ride. Windy and 20 below, I felt sorry for the mushers coming after us.

At about 20 miles before Unk, we had 14 paddle track snowmachines come our way, headed to Old Woman. Oh boy, that was the end of the nice trail the trailbreakers had spend so much time to groom. Tracks everywhere, and the trail totally torn up by the paddles. I can already hear the outcry…. Why are they allowed to do that. WELL, this is a public trail, these people live here and that is their road. So they use it as they please and that is the way it should be. But nonetheless that was going to make for some slow travel for the dogteams.

In Unk we had a bit of a hard time to find a place to sleep, but as usual, everything works out in the end and we finally found the Iditarod bunkhouse and some great floorspace in the gym and had a good nights sleep. First thing in the morning it was difficult to get my machine started, we did not even try Gerd’s. In the checkpoint Aliy was visibly tired from the strenuous trail. Aaron was very upbeat and focused. He still has 15 dogs and will drop my little Saffron here with a sore shoulder.

Word just had it, that Aaron has left Unk in 1st place, 2 minutes ahead of Aliy. Both might have slow going today, as the trailbreakers only left about 2 hours ahead of them. John Baker was busy giving interviews and looked tired, but he is very disciplined and handles no sleep well. Dallas, as usual, young and spry headed for a quick nap. There is first class Musher accommodations here, with rooms with 2 beds in. Middy, Jack and Crew are cooking up a storm in the Kitchen. Middy ran Iditarod himself and also has a team in the race with Pat Moon running his late brothers Paul’s dogs. Currently Pat is in Ruby and down to 7 dogs. Hopefully he can keep it together.

Notably Lance Mackey has also dropped in the standings, below the 30th place mark, and decided to take a long 15 hour break in Nulato. In my books, good move. If you are out of the money and running, you might as well make sure your team is well rested and looking good. Quest Champ Hugh Neff is traveling Quest speed and is also further back, in about 23rd place.

It surprised me a bit so see that Jake Berkowitz, Ray Redington, and Pete Kaiser stopped in Kaltag after a short 4.15 hr run. They sure are eating up the trail. I thought they would have gone to Tripod Cabin, camp there and than run to Unk. I can see a very distinct difference in attitude from the Quest to Iditarod. Questers are much more likely to camp out, like Michelle Phillips and Ken Anderson, who both did that move and skipped Kaltag. Bruce Lee said that very well: “ if there would be no checkpoint, those mushers would not stop.” But now all 3 once again did a super strong run into Unk with running 1.5 hours faster than John Baker and even 45 minutes faster than fast moving Dallas Seavey. Jeff King and Mitch Seavey both camped on their way to Unalakleet. So for now the front pack has reduced itself to 4 Mushers, which I do not think are save from that hard pushing trio of Jake, Pete and Ray

I am trying to outline each strength and weakness:

Aliy Zirkle: Weakness in my book are small dogs who struggle more in trail breaking. Strength, they recuperate quicker and recover faster from long tough runs. Aliy is very physically fit and will work up a storm.

Aaron Burmeister: Weakness is smokes like a chimney and is not in the best physical shape. Strength, he is in his home country and still drives a sizable team.

John Baker: Weakness, for some reason he right now is moving slow. Strenth: This is his home country too, he has a big powerful team and can go long distances on little rest

Dallas Seavey. A slight weahness is that he is down to 11 dogs, but 11 dogs can do a lot…. , specially good dogs. Strength: He is patient, determined and experienced.

The race is wide open…. And than there is the trio of 3….. they clearly have the strength of 3 very fast moving teams right now. The race on the coast is ON!!!! 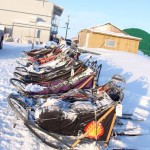 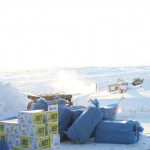 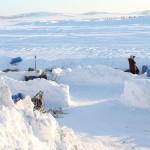 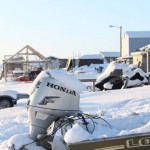 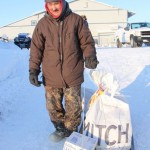 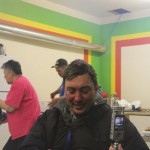 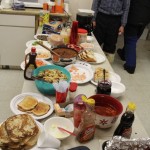 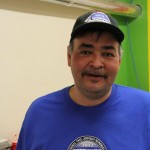 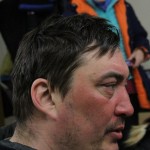 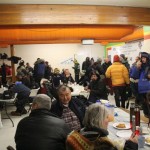 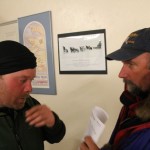 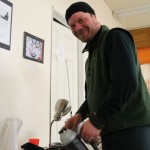 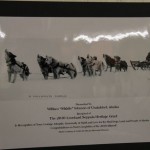 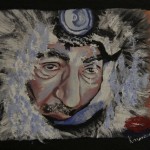 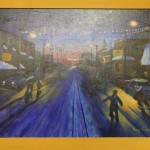 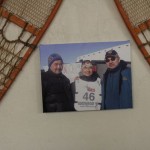 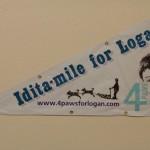 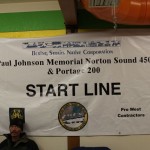 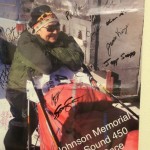 One thought on “Iditarod 2012: Unalakleet”