Ray Redington pulled into the Rainy Pass checkpoint first. His dogs looked very energetic. Barking to go. He quickly loaded his food drop bags and headed to his parking spots. The vet crew eagerly waiting. Almost within sight came Hugh Neff onto Puntilla Lake. His team also looked nice and strong. It took Hugh a bit longer to find his food drop bags. They were too obvious within sight, right in the front row. Unfortunately some animals had gotten into the food and his bags were both ripped open. Both teams parked right next to each other. I could not help but notice that Hugh was very efficient. Amazingly focused his team bedded down long before Ray. While Ray walked back and forth a few times to put down the straw, Hugh had that done in one simple step. He gave each of his dogs a snack before going to work on his team.

Behind me in the Checkpoint is Melissa Owens. Another musher not running the race. She is marveling Rays team, and is happy to see one of her dogs in there, named Kinko. The name comes from having a kinked tail. Jessie Royer is also out on the trail, she should be in Cripple when we get there. I guess I am not the only addicted, who can not stay away from Iditarod. Melissa really seems to enjoy working for communications. She is on the radio, computer and organizing people all at the same time! Multi tasking power!!! 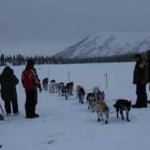 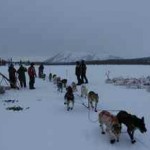 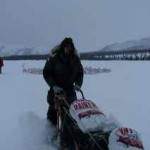 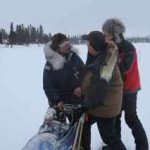 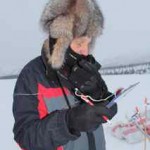 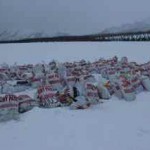 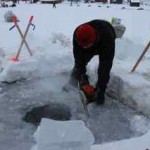 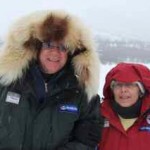 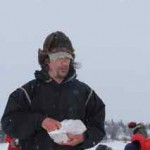