A place of common headgames. In 2008 Lance Mackey snuck out of there, while Jeff King was sleeping. It is really crunch time, if you want to make a move. Most likely Ramey Smyth will blow through here, in the hunt of Aaron Burmeiter. Its been a tough and windy run over here. It was blowing a steady 25 from the north east. Somewhat from the side, still making conditions difficult, the trail blown in. ALL mushers were pushing hard, either non stop pedaling like Ramey or Skipoling like Mitch and Aaron. Now unbeknown to Aliy Zirkle, Dallas came and went, without her seeing him. He grabbed straw, also unbeknown to her and now is resting just outside of town, just 20 minutes out. So both will have to play their own game and can not feed of each other.

In my books, fair and square move by the young Seavey. Aliy seemed a bit down, once she saw, the Dallas had left. If she only knew. Time will tell who pulls the hook earlier and whose dogs get a better rest. Dallas, sitting all on his own on the ice in a sunny spot, or Aliy, in a busy checkpoint but with good vetcare and good food. Personal choices I guess. The heat is on!!! Once Ramey gets here, things will get real interesting…. 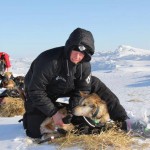 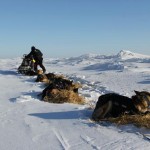 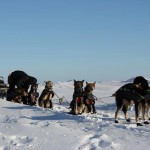 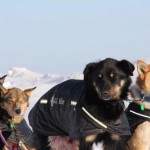 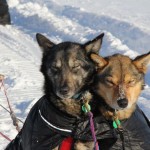 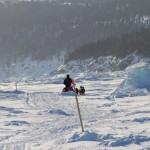 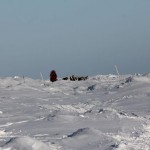 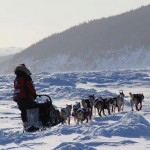